A Cuban engineer with a passion for art and nature (+ Photos) 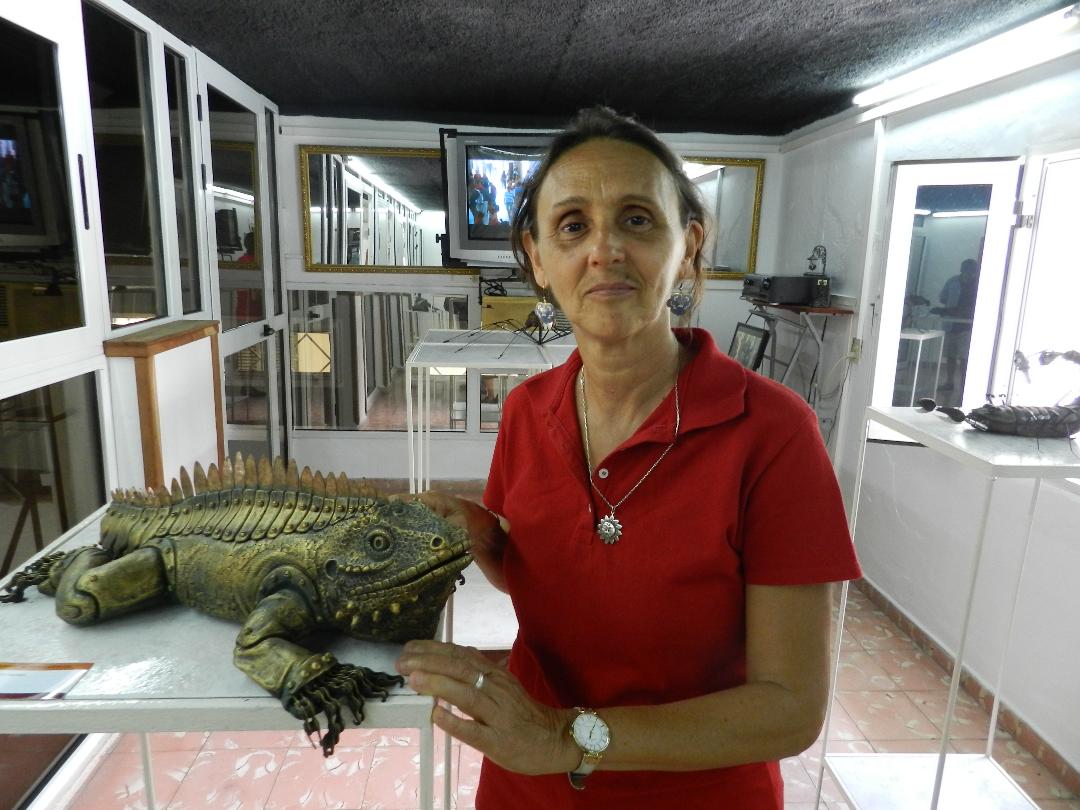 May, 2021.- Sandra Navarro Valdés (1959), is an engineer in geodesic aerial photos turned artisan artist who reflects in her works that love for the environment, animals, harmony and peace.

She is one of the most awarded creators in events organized by the Cuban Association of Artisan Artists (ACAA) in Camagüey, whose historic center is a World Heritage Site.

She remembers with sparkles in her eyes that her vocation for handicrafts began in childhood in her father’s cabinetmaker’s workshop.

«Since I was a child I was linked to the arts, I painted, drew and created with my hands. In the paternal family almost all of them are carpenters, cabinetmakers and my grandfather did miscellanies ».

When Sandra was in the ninth grade in Secondary Education, she took the tests at the Camagüey School of Art, but although she had outstanding grades, she did not decide to join when deciding on another specialty at the Military Technical Institute of Havana.

Sandra never stopped painting, or drawing … she participated in activities in the houses of culture. Since 1996, he has been a member of the Cuban Association of Artisan Artists in Camagüey and has participated in all the manifestations.

«In 2004 I made my first exhibitions in artistic ceramics modeling clay by hand. I create my pots all raised by hand and then I include decorative elements ».

Through ceramics, she expresses her love for the environment and the natural environment that surrounds her. «I really like the animal theme. Most of my works have references to animals and insects.

And that passion for nature is present among other collections in “Sandroides: survival” [1], a sculptural proposal in which the artist alerts from Camagüey the need to preserve the species that inhabit the planet, many in danger of extinction .

The creator explained that the series is made up of ten pieces in which she uses the ceramic and metal technique.

He added that the fauna has suffered damage and that from the artistic point of view it intends to warn that if the predation of the species continues in the future, the earth will be inhabited by mechanisms created by human ingenuity.

The artist created a set of futuristic animals whose surprising appeal lies not so much in sculptural accuracy or figurative violence, but rather, in the coherent integration of small mechanical universes into the corporeal architecture of the animal.

The author brings together, in the same piece, concepts such as dynamism, energy, mobility, transmission, lighting and closure-continuity.

Sandra is always present with her work in most of the salons and contests sponsored by the ACAA and other cultural institutions in the province of Camagüey, among other regions of the country. [2]

She is remembered in the provincial contest From the beautiful to the useful, in which she was the most awarded, with three awards among the 50 authors and 82 works, although on that occasion she did not attend with pieces of ceramics.

To the long list of her personal exhibitions is also added the project of transmuted pieces and the dragonflies… transmuted women entitled Peréceme with the curatorship of the art critic Pavel Alejandro Barrios. «I take the most sensitive parts of the dragonflies, the wings and the movement to incorporate the female body. In my ceramics I use cold skates as a cover ».

Sandra Navarro Valdés ventured into the topic of the Chinese horoscope after a thorough investigation on the subject.

«I captured all the animals of the Chinese horoscope and incorporated them into pots. Every time I prepare a project, I elaborate it thoroughly. First I create a sketch and then I bring it to the ceramics.

Most of my pieces have been marketed at the International Handicraft Fair (FIART), in Havana, convened by the Cuban Fund for Cultural Goods, in which I attended from 2009 to 2012. In 2009 I received a Mention for Best Stand Design. My Stand was always well visited and praised by specialists and spectators ».

Sandra has a beautiful curriculum as an artisan. “If I am part of an association like the ACCA, I have the responsibility of putting in the hands of the recipients a quality work with visual and aesthetic value.”

She feels infinite pride that her pieces beautify the homes of collectors and people in many countries of the world, especially in the United States, Canada, and other countries in America and Europe.

«I represented Cuba in 2018 at the Itinerant International Exhibition of Ceramics and Painting entitled Agua, in Canada, together with two colleagues of the city of Trinidad and four Canadians. I continued my theme by molding there in clay, four enameled pieces. I decided on species from the sea ».

Sandra Navarro Valdés reveals that her birth on February 17, 1959 significantly influenced her artistic projection. “Aquariums are very sensitive to the arts. Although the maternal environment that I grew up with was not artistic, my mother always looked for paintings and other resources so that I could make my drawings. She would lock me in the bathroom so that my three brothers would let me create. (Sandra is the oldest). I am convinced that her date of birth has to do with her inclination to art. I have two children and my daughter is also fascinated by ceramics and she accompanied me to the Havana Fairs. She paints my ceramics ». (Photos by the author)(Translated by Linet Acuña Quilez) 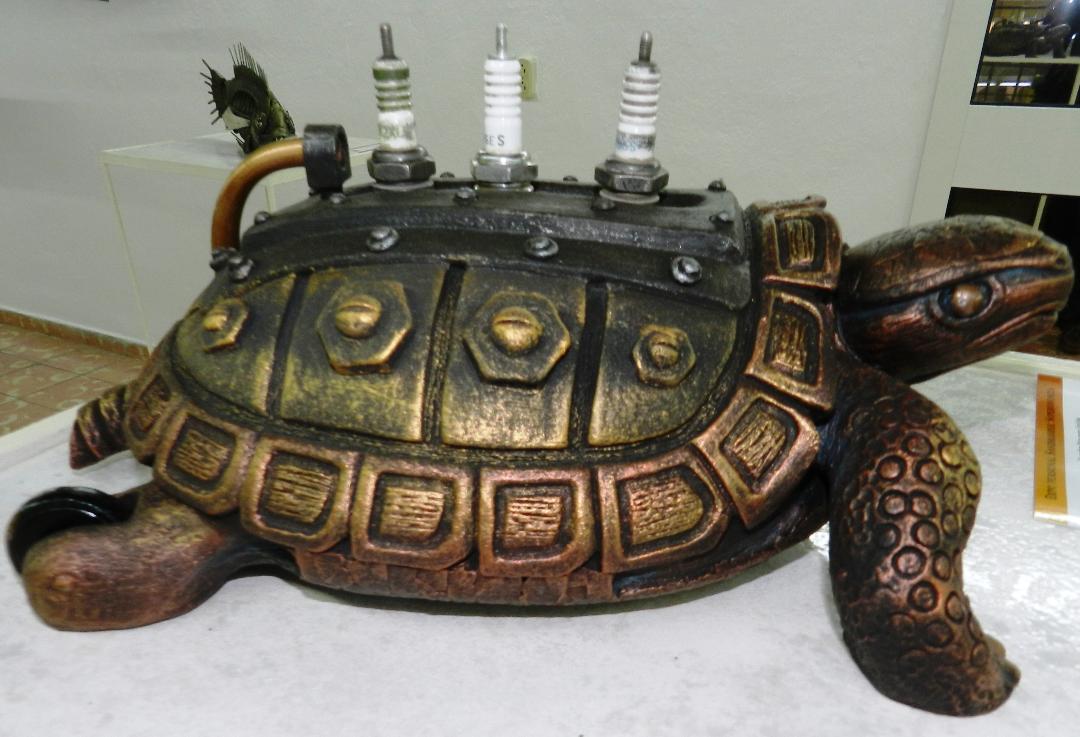 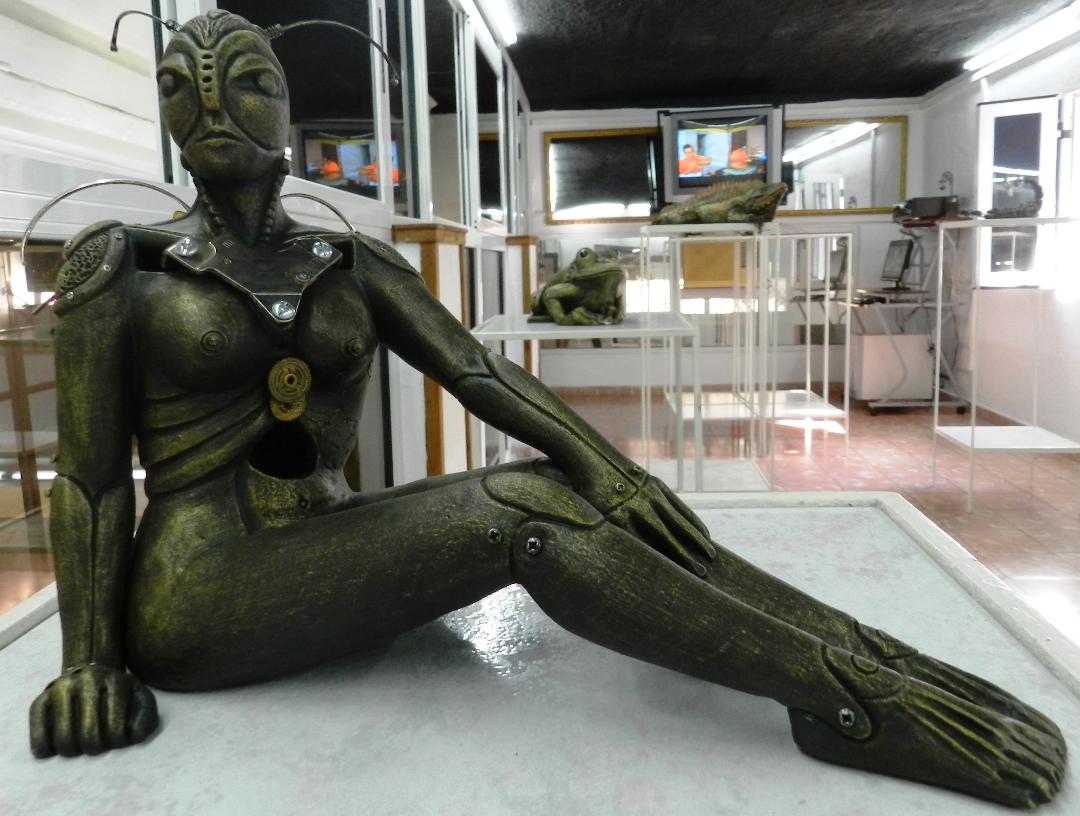 [2] In the First National Contest of Utilitarian Ceramics Ideas in forms 2020 Sandra Navarro Valdés, with the work Tray, was among the finalist artists.